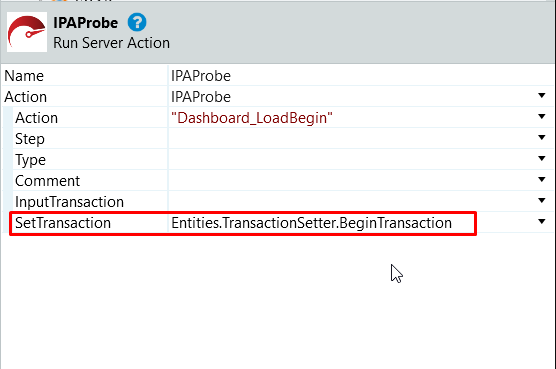 In the IPA Flows page you can edit the name of each IPA Transaction Flow, so it's name represents a meaningful process flow in the application:

As your users start using your application and go through the probes, so will IPA show different groups of probes as different transactions flows in the above screen, and you'll be able to edit that particular flow's name.

If you want to get alerts when your applications / transactions are not responding to the expected SLAs, do the SLA Configuration.
Otherwise, see the IPA metrics to get performance information, and drill down to the level of the probes data-points if needed.

Did this page help you?